…but we are getting ever closer.  🙂


According to John, our general contractor, they will be done tomorrow (Monday).  I have told him that he must be finished by Tuesday, which would mark 9 weeks since the start of the project.  He seems to have taken it to heart…  The crew actually came and worked on Saturday, which is something they have been reluctant to do thus far.


Here are some progress photos.

Some upstairs shutters, stained posts, rails about to be installed:

Trim-work around the edge of the deck before installing the rails: 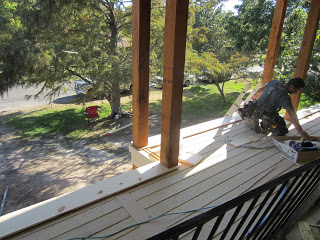 Our water heater is back up!  HOORAY!!!  Once you’ve had an instant water heater, you wonder why you ever used a hot water tank… 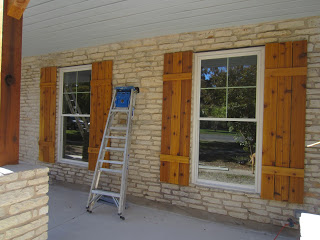 Front of house with shutters:

Crooked, but you get the idea…  Railings going up!  What a sigh of relief. 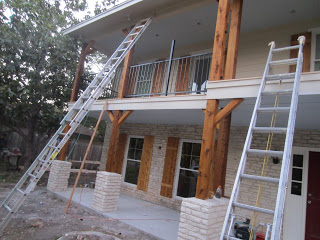 View from the driveway: